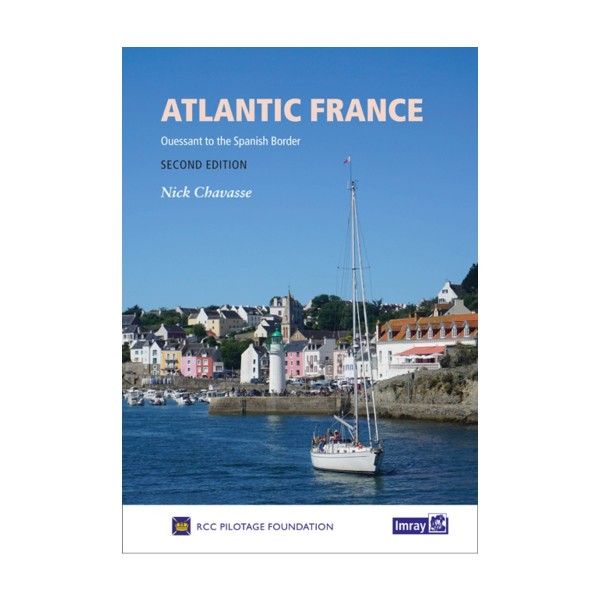 Description Reviews 0
Description
Covering the whole Atlantic coast of France, from Ouessant in the north to Hendaye on the... more
Close menu
Product information "Atlantic France Pilot Ouessant to the Spanish Border"

Covering the whole Atlantic coast of France, from Ouessant in the north to Hendaye on the Spanish border, this second edition of the RCC Pilotage Foundations™ guide has been thoroughly revised and updated by Nick Chavasse who has taken his Bowman 40, Wild Bird, into every main port and a multitude of anchorages, including explorations up the numerous navigable rivers.

The plans have been revised and improved throughout and the coverage has been extended to include large scale detail for key areas including Lorient and the Gironde. Coverage of the Brittany coast west from L'Aberwrac'h, so often the gateway to the Chenal du Four, is now extended to include the islands of Ouessant and Molane.

Many of the new photographs are on-the-water images which are invaluable to the navigator, but this edition also continues to benefit from Patrick Roach's unique and informative aerial coverage.

'Atlantic France' is the authoritative cruising companion for this long and varied coastline with its sometimes-daunting tides and currents, and its publication has been welcomed both by first time visitors who are enjoying their first taste of the region and by old hands who are revisiting their favourite haunts.s publication will be welcomed by both first time visitors and old West coast of France hands.